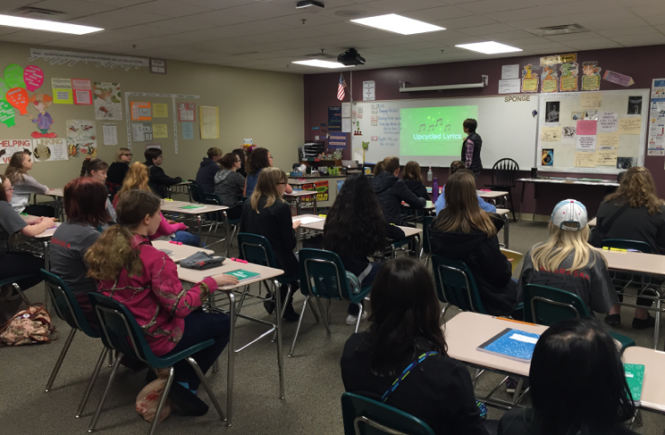 The Nebraska Writing Project held its annual Eastern Youth Writing Festival on April 1st, 2017. This event, designed for students in grades 6-8, was held at Gretna Middle School. A total of 32 students from Elkhorn, Gretna, Bellevue, Fremont, and Wahoo schools attended. While at the event, students were able to participate in three sessions, led by area teachers Theresa Huttman, Patrick White, and Santha Walters. These sessions covered topics such as upcycling song lyrics into poetry, the analysis of film and script writing, and developing superhero characters that are both good and evil. After the sessions, students were able to go on a writing marathon or continue to work on pieces they had begun during the instructional sessions. Some students are working on pieces for publication; these will be available at the end of the month on the Nebraska Writing Project Youth Writing Festival Blog.

The Nebraska Writing Project (NeWP) is a network of professional educators and affiliated writers that provides opportunities to improve, enhance and celebrate writing for classrooms and communities across Nebraska.